Welcome to the uracoli Blog

µracoli stands for microcontroller radio communications library and is intended to be a package that demonstrates capabilities and usage of Atmel's IEEE-802.15.4 radio transceivers AT86RF{230,231,212} in combination with AVR 8 bit microcontrollers (e.g. ATmega16, ATmega1281, ATmega128RFA1, ...). 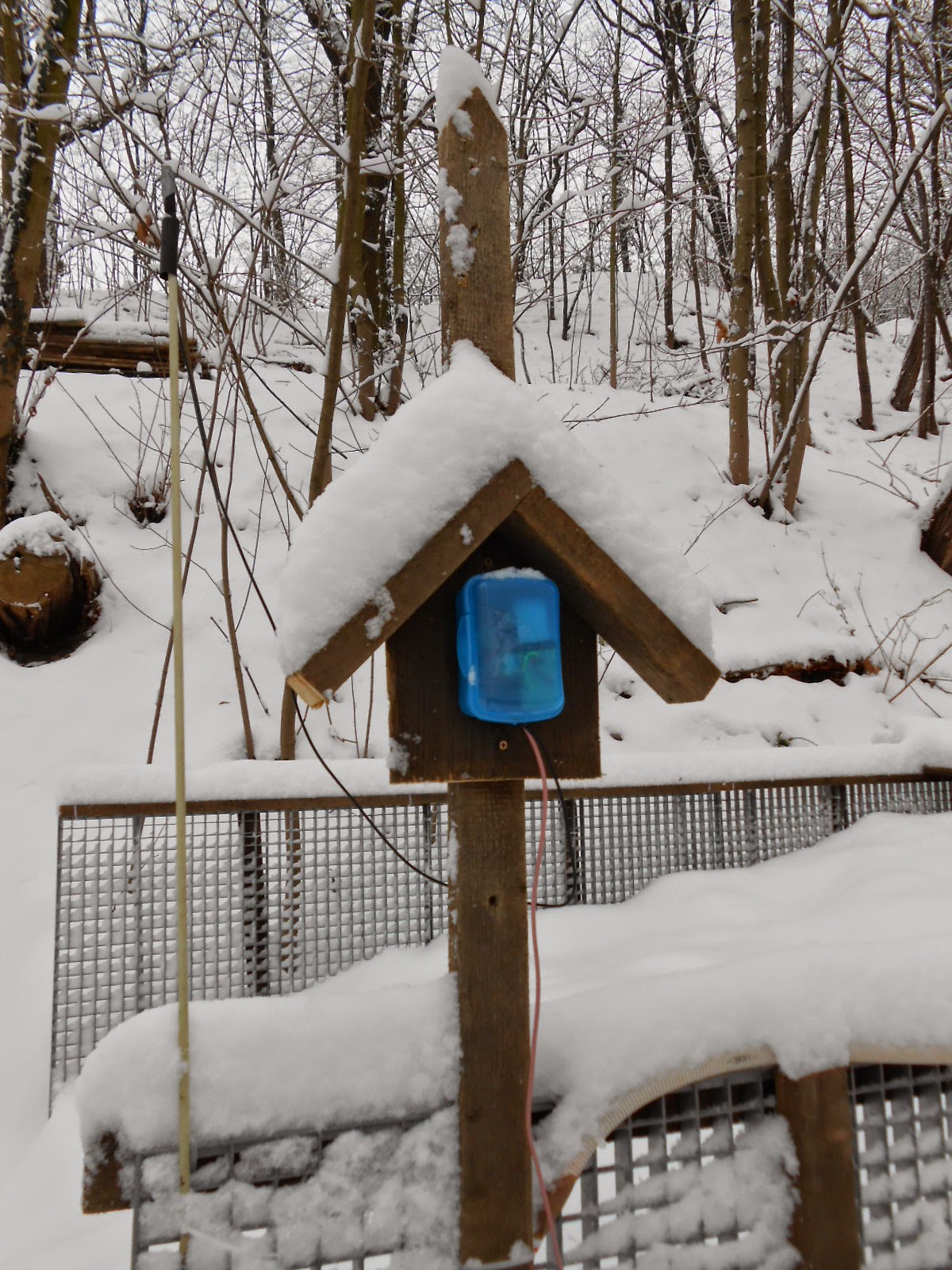 Since there are a lot of leave trees in my garden, every year in autumn it is a busy time to remove the leaves from the ways and meadows. I was thinking what else can be done with this amount bio mass, then simply let it rot. Depending on the sort leaves it may rot slowly and it can take several years until a leave becomes soil.
Once a day I stumbled across the concepts of Jean Pain, a french lumberjack and inventor. He did setup huge piles of shreddered branches and observed that inside this piles high temperatures are achieved. Within such a pile water can be heated up to 70°C,  this can be read on the internet.  The reason is, that the shreddered bio mass rots aerob, e.g. in the presence of oxygen. In the logical consequence Pain added a heat exchanger in the pile and so he could use the energy generated by the bacteria to heat his house and he also could produce methane - natural gas - to drive cooking stoves, cars and agricultural machines. Pain's work is documented in the book The methods of Jean Pain or another Kind of Garden (or as online version). B.t.w. the german word "Biomeiler" can be translated with "heating compost".

I did like the concept and decided to start with an own experiment. The first trial in summer with about 1m³ material ended after about 6 weeks when the pile was getting cold inside. Starting in autumn with about 5m³ shreddered leaves and branches , I did the setup of the experiment a bit more carefully. Underneat the pile a foil is placed, in order  to collect the water (with bacterias) from the pile for reuse. The area is 6m² (3m x 2m) and the hight of the material is about 0,75m - 1m.
I have installed two heat exchangers, but during the first time I just want to observe the pile without cooling it, so the exchangers are currently unused.

In order to get live data from the pile, I installed a Meshbean with a DS18B20 one wire temperature sensor, that is positioned inside the pile. On the other side there sits a Rasperry-Pi with RaspBee extension board. On both nodes, the µracoli-firmware "rsensor" is used. The received data are stored with a timestamp in a sqlite3 database. A Python based  Web application was implemented with Flask and for rendering the data graphs, the Javascript library Highcharts was used (with Highcharts the burden of rendering pictures has moved from the Raspberry-Pi to the browser of the web-client).

During the experiment it was seen, that right after the installing of the sensor, the highest temperatures are achieved (about 40°C). Interesting is, that the outside temperature has nearly no influence on the temperature inside the pile.
The first position of the DS18B20 sensor was about 40cm under the top of the pile. In the picture you see a slide increase of the inside temperature (blue curve) around thethe 19th December. That was when I punched some air conditioning holes and a placed a horizontal air condition pipe close to the sensor.

Around the 26th of December the mechanical setup was improved and the  sensor repositioned deeper in the pile. It can be seen that after the repositioning of the sensor the temperature increases and even at a cold day with -8°C air temperature, inside of the pile, the temperature of 40°C was reached and did stay at a constant level. After a few days the activity of the bacterias reduces and the temperature drops. The reason maybe the lack of oxygen.

There is much room for improvements, e.g.
So stay tuned what will come next in the µracoli-monitored "Biomeiler" experiment. 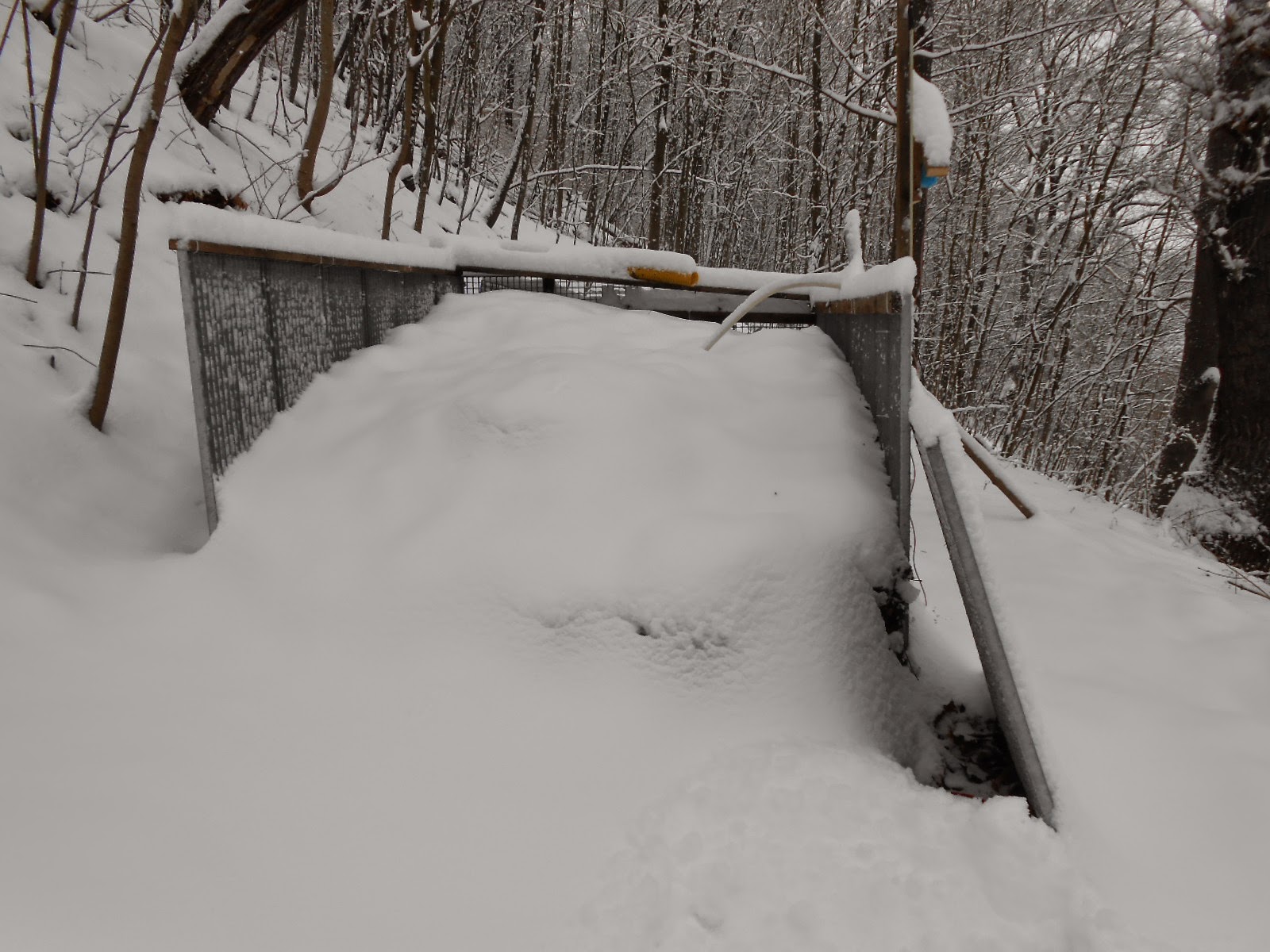